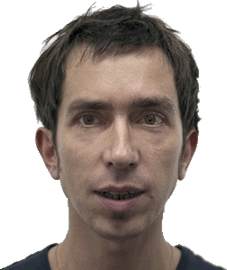 Wolfie Christl is a public-interest technologist, researcher, writer, policy analyst, educator, and digital rights activist based in Vienna, Austria. Communication engineer by profession, he studied (but did not complete degrees in) computer science, sociology and media studies. He has been interested in the societal impact of information technology since the late 1990's. Until 2006, he was part of Public Netbase, a digital art platform, non-profit ISP and early hackerspace in Vienna. His recent work focuses on consumer surveillance, the economy of personal data, algorithmic decision-making, the power of tech platforms and the datafication of work.

He has published several comprehensive reports on today's personal data industry and contributed to investigations by civil society organizations, consumer protection associations, trade unions, media organizations, law firms and EU data protection authorities. His research has contributed to the filing of legal complaints against consumer data brokers and led to fines against unlawful data practices. It has been taken up by policymakers across the world, was quoted in reports to the European Commission and the US Federal Trade Commission, and helped to stimulate global debates about systemic data misuse for commercial purposes.

He also works as a trainer in workplace privacy, contributed to donottrack, an interactive web documentary about digital tracking, and occasionally writes for newspapers such as the FAZ and Politico. In 2013, he co-created Data Dealer, an award-winning educational game on personal data and surveillance. EDRi, the association of 45 European digital rights organizations, commended his work on consumer privacy in their 2016, 2017 and 2018 Annual Awards.

Wolfie Christl and his projects have been featured in the New York Times, Wall Street Journal, Washington Post, Financial Times, The Guardian and many other media outlets around the world. He has presented his research in the European Parliament and held many talks, lectures and workshops at conferences throughout Europe and the US, including at universities, federal ministries, re:publica and the Chaos Communications Congress. In 2019, he was a keynote speaker at the conference of the German federal government's Data Ethics Commission.

He provides regular commentary on his research and tech policy debates on Twitter. His tweets helped to initiate a US Congress investigation and got Microsoft to make global changes to one of its enterprise products.

Talk at a conference by the Norwegian Consumer Council in Oslo

How to gamify personal data (business) 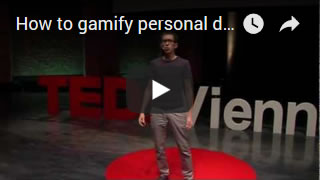 Datafication of work. Massive German-language report on how companies use data on employees, “one of the largest and most comprehensive studies of algorithmic control and surveillance practices at work to date”, according to Oxford scholar Jeremias Prassl.
» crackedlabs.org/daten-arbeitsplatz

Consumer data. "Corporate Surveillance in Everyday Life", a report that examines how companies collect, trade and exploit personal information on consumers. It has been widely recognized as one of the most comprehensive summaries of today’s personal data industry.
» crackedlabs.org/corporate-surveillance

Data against people. Working paper on "automated disadvantage, personalized persuasion, and the societal ramifications of the commercial use of personal information".
» crackedlabs.org/data-against-people

Networks of Control, a “must-read for anyone who is interested in today's data-driven world”, according to the European Commission’s Paul Nemitz.
» crackedlabs.org/networks-of-control

Gambling data. Report on digital profiling in the online gambling industry that examines how a UK gambling firm collects, shares and exploits personal data on players, commissioned by Clean Up Gambling.
» crackedlabs.org/gambling-data

Mobile data. Investigation into how smartphone apps share data with third parties, together with the Norwegian Consumer Council. Led to the highest GDPR fine in relation to the revenue of a company to date.
» "Out of Control" report
» GDPR fine against Grindr

Adtech/data. Contributed research to a submission to the Irish data protection authority by Johnny Ryan of the Irish Council for Civil Liberties
» Submission to DPC Ireland

Political microtargeting. Article on the use of data for political campaigns in a journal of the German Federal Agency for Civic Education
» bpb.de/apuz

Presentation of the "digital surveillance and control at work" report at the DIGIGOV workshop of the Work Research Institute, Oslo Metropolitan University
» algorithmic-governance.com

Presentation of the "digital surveillance and control at work" report at the European Trade Union Institute (ETUI)
» etui.org

Presentation of the "digital surveillance and control at work" report at the "Algorithms at Work" discussion group hosted by Jeremias Adams-Prassl
» law.ox.ac.uk

Talk about "digital surveillance and control at work" at the conference on data protection and new technologies of DGB, the German Trade Union Federation
» dgb-bildungswerk.de

Talk on "Corporate surveillance of everyday life – How companies use personal data against people" at the conference "SPY – Surveillance, Privacy, and You", part of Eurocrypt 2019
» Website | Program

Workshop on "Technology, Digital Commerce, and the Self" with Peter Galison and others, supported by Carnegie, at the Center for Advanced Studies in the Behavioral Sciences, Stanford
» casbs.stanford.edu

Talk and panel "Instant Big Data Targeting: Programmatic Ad Tech & Beyond" at the civil society conference held the day before the start of the CPDP
» privacycamp.eu | Video

Talk at the conference on the "consequences of the commercial use of consumer data" by the Norwegian Consumer Council
» forbrukerradet.no Video

Keynote and book presentation "Networks of Control" at the opening event of the Privacy and Sustainable Computing Lab at Vienna University of Economics and Business ? with Udo Helmbrecht (ENISA), Paul Nemitz (European Commission) and representatives of W3C, Internet Society, IEEE
» privacylab.at

Talk about my research at #rp15, one of the largest conferences about digital culture
» Corporate Surveillance in the Age of Digital Tracking, Big Data & IoT

Presentation of my research about digital tracking and corporate surveillance in the European Parliament, at the invitation of MEP's » Joe Weidenholzer and » Michel Reimon
» Invitation

Talk at the conference of “Cyber Security Austria” and “Abwehramt” - one of two Austrian defense intelligence agencies
» seminar.bundesheer.at

Panel on "big data" at the European Academy Bozen
» sciencecafe.eurac.edu

Talk at the conference on “Future Information and Communication Technology” by OCG and the Austrian Ministry for Transport, Innovation and Technology
» imagine-ikt.at

Talk “A Fun Game about Personal Data and Digital Privacy” at the Games for Change Festival 2013, ”Catalyzing Social Impact Through Digital Games”
» gamesforchange.org/festival2013

Talk “How to gamify personal data (business)” at TEDxVienna conference
» tedxvienna.at | » ted.com | » Video of the talk


Wolfie Christl and his projects in the media: